This post originally appeared in my travel journal.  During July 2012, I spent some time in Ethiopia supporting a USAID-sponsored development project.  I’m excited to share excerpts from that trip with you.  This post has been edited from its original version.

The company driver didn’t have the means to research my flight status before arriving at the airport, nor did he have the wherewithal to ask anyone at the airport about it…so he left.  It was chilly so I fished my fleece jacket out of my suitcase and headed back to the arrival hall.  The hotel had a desk just inside the doors and they could surely arrange a shuttle from the airport.

Except the guards stopped me because once you exit the airport you can’t re-enter.

I repeated the name of my hotel, “Jupiter, Jupiter Hotel,” and one guard dispatched the other to the hotel desk stand to fetch the hotel rep.  I sat on my suitcase.  I’d been traveling for two days.  I was tired.  It was nearly midnight.  I started laughing.

Jupiter Hotel, adorned with red window awnings. I often saw flocks of sheep and goats outside my window.

The hotel rep quickly admonished me for not stopping by the hotel desk on my way out of the airport; I explained I was told I’d have a driver waiting for me.  He made a clucking noise with his tongue and was on his phone calling the hotel shuttle bus.  Within a few minutes, I was packed into a large van.  Thankfully, the hotel was only minutes away from the airport.  The hotel staff, who had been expecting me for the past three hours, quickly ushered me through check-in and told me to drink down a glass of juice to “refresh myself.”  It was mango juice, and it was good.

As I headed to the elevator, a man approached me holding a sign with my name on it and a goofy expression.  The driver.

Lunch the next day was Italian.  There are lots of Italian restaurants here.  When the rest of the colonial powers turned to Africa with a bright eye, Ethiopia was one of two African nations that kept their sovereignty with the exception of a brief flirtation with the Italians in the late 1930s.  They were later liberated by the British and nothing much remains of the Italian occupation with the exception of pizza and pasta.

Russian Lada taxis parked up the main road from the hotel

After many years supporting infrastructure projects, I tend to take notice of roads when I travel.  For the most part, the roads in Addis are pretty good. The main roads are paved with few potholes; I can’t say the same for side streets which look more like what you would expect roads to look like in developing countries.  The Chinese have taken great interest in Ethiopia and have injected large amounts of capital into the country over the last 12 years.  Much of this money is put back into the infrastructure work, including roads and dams.

The latest project recently completed by the Chinese is a massive ring road which encircles the city of Addis and provides a bypass for many cars clearing up congested city streets.  In exchange for urban investment, Ethiopia imports tons of goods from China.  I bought a wireless mouse this morning – made in China.  Most of the house wares sold in the supermarket – made in China.  The street signs – albeit the majority of them laughably incorrectly translated into English – yup, made in China.

Ethiopia remains as one of the more developed and economically stable countries in East Africa.  The crime rate is far lower than in neighboring countries such as Uganda and Kenya.  Education is very important and there are a number of universities located throughout the capital.  English is widely used as the lingua franca despite the official language being Amharic.  I’ve had no difficultly communicating with our local office staff, at shops, or restaurants. 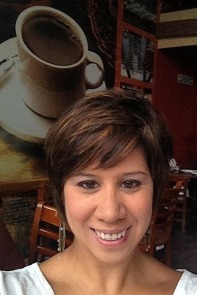 At Kaldi’s Coffee. Which uses the same color scheme as Starbucks, and would give it a serious run for its money.

Coffee is Ethiopia’s main export and they are the largest producer of coffee in Africa.  In fact, it was here in Ethiopia that the coffee bean was domesticated. Starbucks and Ethiopia have a very contentious relationship regarding coffee rights and trademarks.  It’s a shame, really, because Ethiopian coffee is very, very good.

I took particular notice of the women’s dress which ranged from western-style clothing to the more indigenous, traditional wear.  Everyone was very friendly, lots of smiles.

Cars are plastered with “I love Jesus,” and “Jesus love me” stickers. Ethiopians are overwhelmingly Christian, with a large minority of Muslims.  It being Ramadan, many remain home until iftar (breaking of the daily fast) at which time the streets and shops become even more crowded.  The Jews largely emigrated to Israel in the late 1980s.

Maybe I’ll make it into the Merkato shopping district tomorrow and take in some of the city’s downtown sights.

If it ever stops raining.

There was an error retrieving images from Instagram. An attempt will be remade in a few minutes.

All text and images (unless otherwise stated) are ©fromtheaisleseat.com, 2013-2014. Unauthorized use and/or duplication of this material without express and written permission is strictly prohibited.